The City of Bergen in Norway is testing a new concept in an effort to remove plastic pollution from its harbour.

Local authorities are cooperating with Clear Ocean a not-for-profit company that aims to develop and produce low tech, easy to use, scalable and affordable tools for ”trawling for plastic”.

For five days a week until the end of August visitors to Bergen Harbour will be able to spot twenty-year-old Markus Mjelva doing what he describes as “a fun summer job”. 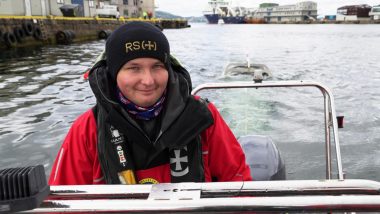 Mjelva will be at the helm of a small boat, which will tow Clear Ocean’s ‘Plast 2’ trawler around the harbour collecting any floating plastic waste.

The project has the support of a number of local authorities, including the City of Bergen and the Bergen Harbour.

The concept is simple, with the trawler made from an aluminium frame, drain pipe floats and a net.

The version being trialled in Bergen also carries a banner with a simple message: “Don’t throw plastic in the sea!”

Torbjørn Wilhelmsen is the inventor of the ‘Plast 2’ craft and CEO of Clear Ocean. Photo: Håvard Prestegården

Torbjørn Wilhelmsen is the inventor behind the project and Managing Director of Clear Ocean.

He explained how the design uses standard parts which are easily available and affordable:

“Our ambition is to make trawls in kits, like an IKEA package in order to let the end user assembly the trawl on the spot.”

Wilhelmsen hopes that successful testing in Bergen will help perfect a design which can be rolled out in many places around the world.

Plast 2 could provide a simple solution for removing plastic and other litter from polluted areas in the developing world.

Experts agree that preventing plastic pollution at source is the best solution. But with so much plastic already in rivers and seas in some parts of the world, solutions are needed to clean up the ‘plastic soup’.

Marine litter has a major economic impact on coastal communities. KIMO members and other local authorities spend millions of Euros every year cleaning beaches. Discarded items are also a threat to fishing vessels, can damage expensive equipment and post a safety risk. 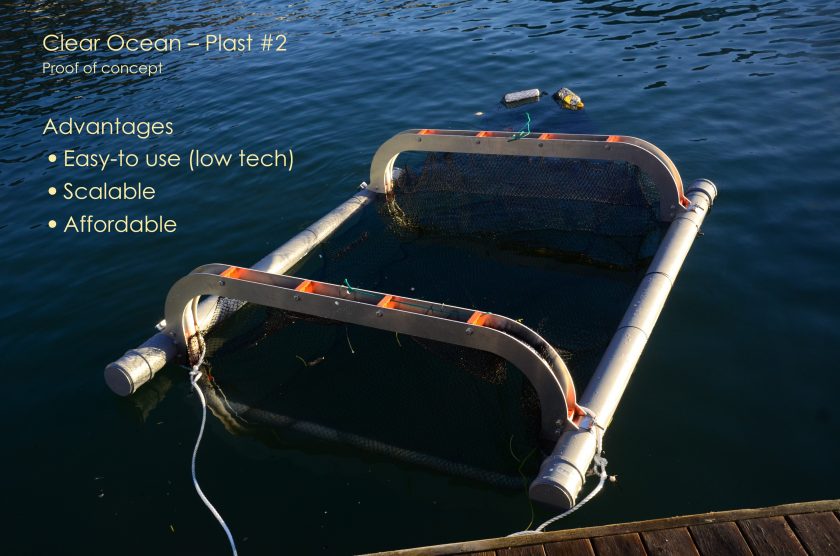 The Plast 2 craft is simple to construct and made of affordable parts. Photo: Torbjørn Wilhelmsen

Håvard Bjordal works on climate and environmental issues for the City of Bergen. He said that the trial was just one of several measure the city is taking as part of an action plan against plastic and marine litter:

“We will collaborate with various experts, support innovation opportunities and gather knowledge and experience.”

The experiment with Plast 2 was welcomed on Twitter by the association Hold Norge Rent (Keep Norway Beautiful). The City of Bergen is also a member of Hold Norge Rent.

Bergen is one of five local authorities in Norway which are members of the KIMO network.

Svenska
We use cookies to ensure that we give you the best experience on our website. If you continue to use this site we will assume that you are happy with it.OKPrivacy policy