In 2007 the coastal states of the Baltic sea and the European Union agreed a plan to restore the region’s marine environment by 2021.

The Baltic Sea Action Plan (BSAP), included actions and measures to assess the ecological health of the Baltic, with a vision of achieving “a healthy Baltic Sea environment, with diverse biological components functioning in balance, resulting in good environmental/ecological status and supporting a wide range of sustainable human economic and social activities”.

Eutrophication and hazardous substances are the major threats in the Baltic sea. The BSAP also addresses biodiversity loss and marine activities.

Thirteen years after the plan’s adoption, it is now accepted ‘good’ environmental status in the Baltic will not be achieved by the 2021 target date.

The Helsinki Commission – known as HELCOM – is the intergovernmental organisation tasked with overseeing efforts to protect the Baltic marine environment.

Back in 2016 HELCOM started work on identifying new priorities for a renewed 2021-2030 Baltic Sea Action Plan. Ministers approved these priorities at a meeting in 2018.

In March this year, HELCOM invited stakeholders, including KIMO, to a conference in Helsinki to discuss the new priorities. More that 120 delegates attended. 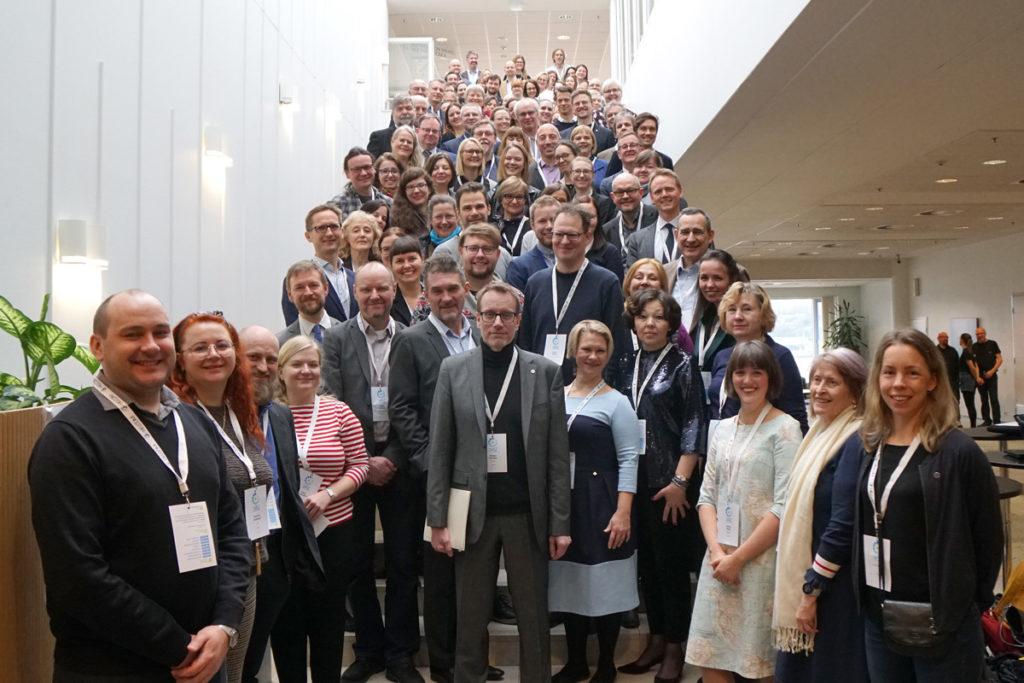 Participants at the conference were told that progress had been made, but that more work was needed. Ann-Marie Camper from the municipality of Simrishamn on the south coast of Sweden, attended on behalf of KIMO International.

Camper said: “It’s clear that not enough has been done to protect and preserve the Baltic Sea. It‘s important that national and international actors listen to coastal communities and that the voices of people living and working around the Baltic are heard. This is one of the reasons why KIMO’s role in representing local municipalities is so important.”

Take-away messages from the conference included the need for better national implementation, improved coordination between ministries and authorities, and a need to break out of ‘silos’ to solve many of the challenges being faced.

The conference led to proposals for 49 actions for the updated action plan.

Concerning eutrophication, the conference called for reduced nutrient run-off, a cut in livestock density, improved integration with the EU’s Water Framework Directive and better waste water treatment, as well as for the removal of nutrients through the use of mussel mitigation cultures.

The outcomes and proposals made at the stakeholder conference were brought forward to the 41st Meeting of the Helsinki Commission, held on the following two days 4-5 March.

More detailed information about the conferences outcomes, and the presentations made to delegates in Helsinki, can be found on the HELCOM website.

For more information about KIMO’s work, including in the Baltic Sea and with HELCOM, please contact info@kimo.shetland.org